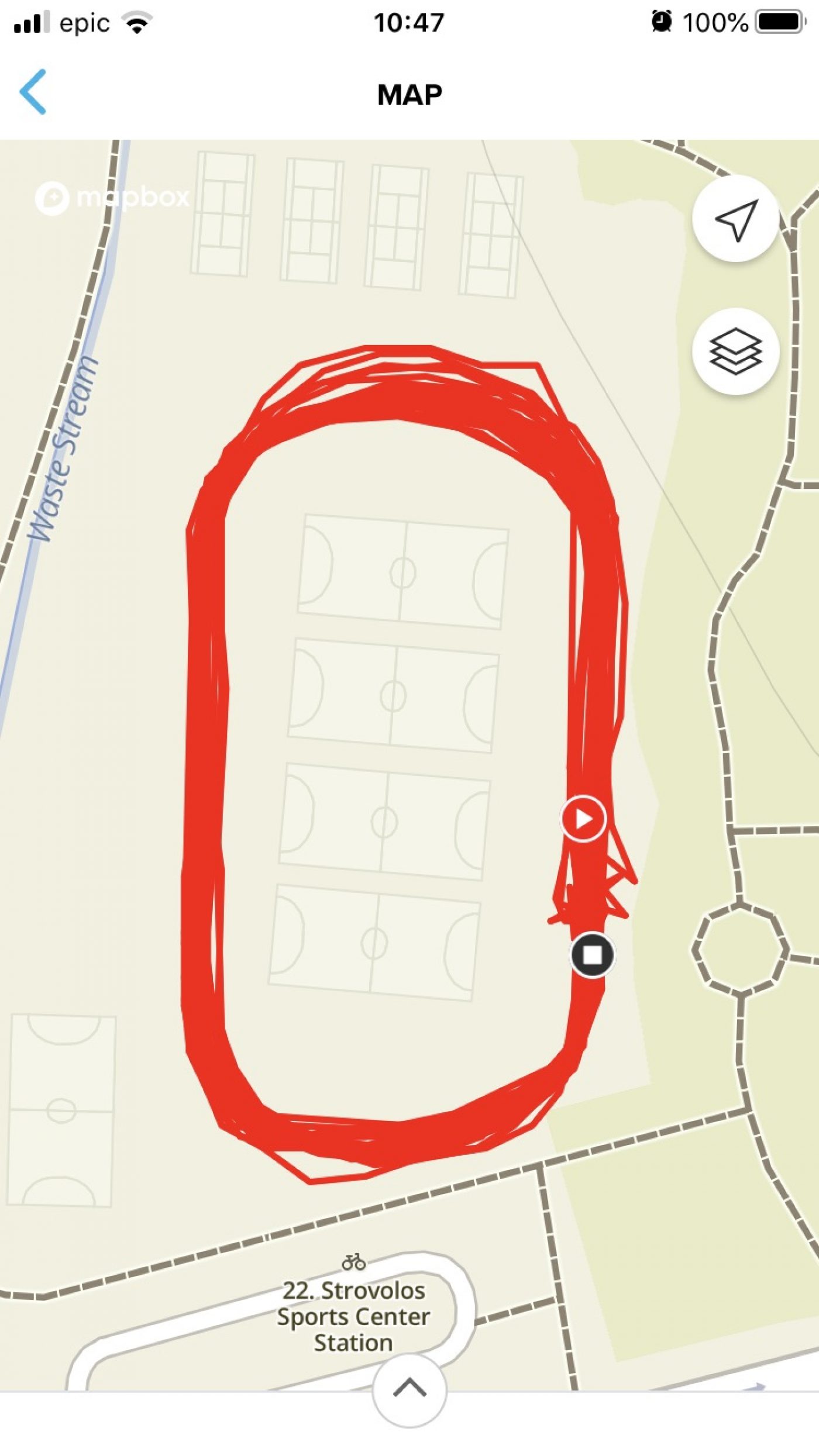 I never thought my feet would create a picture like this, covering my tracks on the track. Seeing pictures like this from others on Strava used to fill me with a sense of discomfort. How boring can it be to be running the same round over and over again? Now I admit, it fills me with a sense of pride and joy. This is a picture of my loops around the Strovolos Municipality track. Every time a little faster, a little better. I didn’t expect myself to say this, but most Tuesday and Friday evenings I am there for the running training.

Many triathletes started their “triathlon-career” from the sport of running. I am not one of those. For me the sea and the pool came first, I always loved swimming and you can throw me in the water any day.

A few months after I joined Nireas, Takis recommended me to get a road bike. Which I did. After all I joined a triathlon club, not a swimming team. Being Dutch, cycling is second nature to us, the country has more bicycles than people. It was my first road bike and I loved it from the first ride.

Running has never been my thing. I dread running in triathlon races. It being the last discipline in an event, it casts a shadow over the joy of swimming and cycling. My swim would be good. The bicycle ride strong. I would run on character, without any practise, using my base condition from the other sports. People passing me left, right and center, not making me feel any better.

Still I managed to get on the podium quite a few times. Despite having only few athletes in my category, it felt good to be standing there with a medal around my neck. One type of reward for the training hours that I had put in.

Time and again I have said to myself: “Inge, you have to start running if you want to be a more complete amateur triathlete.” Another thing I would say to myself: “I want to try and find the joy in running”. And I would start again. The process going roughly like this: First buy new shoes and/ or new running gear to motivate myself. Then go to the lineair park and jog 5 kilometer only the downward sloping part, and walk back up. Do this a few times a week. Get bored. And stop.

After repeating this cycle a few times, I realised I had to do something different. I needed help with this. So I used a program for a while. It included stuff I don’t understand like heart rate zones. Those that never match with what my fancy watch was saying. There were intervals at higher heart rate, impossible for me to do without ending up vomiting in the bushes. So I quit that too.

Instead of going alone I needed a running buddy then? A couple of times I ran together with Barbara and yes, this was so much better than going alone. I knew I had to go because she was waiting for me in the park. We pushed each other a little further and a little faster. And life stuff got resolved whilst talking through them on the way. Not a bad thing to start the day with.

And when Nireas announced the start of the running training on the track, it was also Barbara who told me to go. “On the track? Me? I cannot think of anything more boring than an hour or more of making loops around this dusty sandy pitch! Everybody passing me all the time, no thank you!”, I objected. “Try” she said. And so I did. The rest is history (in the making).

I can say a million times that I want to be a better runner and understand the pleasure in running. I can buy new shoes and clothes and get coaching programs, read and talk about running, go out once a week with a friend for a while, but in the end, there is only one way to become a better runner, and that is:

For the first session I dragged myself to the track. I felt nervous, and nauseous. A hundred excuses ready not to have to go again. Traffic, heat, dust, to name a few. The best one: swimmers don’t run! But if I said I wanted to be a better runner, now is the time to put in the consistent effort.

The first time we were 5 of of us. A warm-up jog, followed by stretching, technique and then a variety of running exercises. Coach’s first comment after the second lap of the warm-up was: “go slower!” Music to my ears, even slower!

The number of participants increases with every session. Some people are fast, others average and some slower (I am one of them), following coach’s instructions, making laps on the track.

And I never thought I would say this, I am starting to enjoy:

And when the training has finished, after stretching and sticking around for a chat and I am driving home, I am fulfilled. At home a shower, something small to eat and ready for sleep.

What a way to spend the Friday night!

PS Nireas running training takes place every Tuesday and Friday from 18.30 to 20.00 at the Strovolos Municipality Park.

PSPS The quote in the title of the article I found online via John Bingham: “If you run, you are a runner. It doesn’t matter how fast or how far. It doesn’t matter if today is your first day or if you’ve been running for twenty years. There is no test to pass, no license to earn, no membership card to get. You just run.” – John Bingham 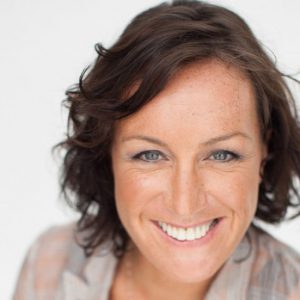 Inge is a triathlete, a writer and a life coach.
PrevPreviousWhatsApp groups communication guidelines

Triathlon Club Nireas is a non-profit organization registered by the Ministry of Internal Affairs under registration number 1439. We are the oldest Cyprus Triathlon Club operating in Nicosia since 26th April 1994. Read our constitution to find our more about club’s goals and objectives.
All content on this website is copyrighted by Triathlon Club Nireas, distributed for free publication or has permission for publication.